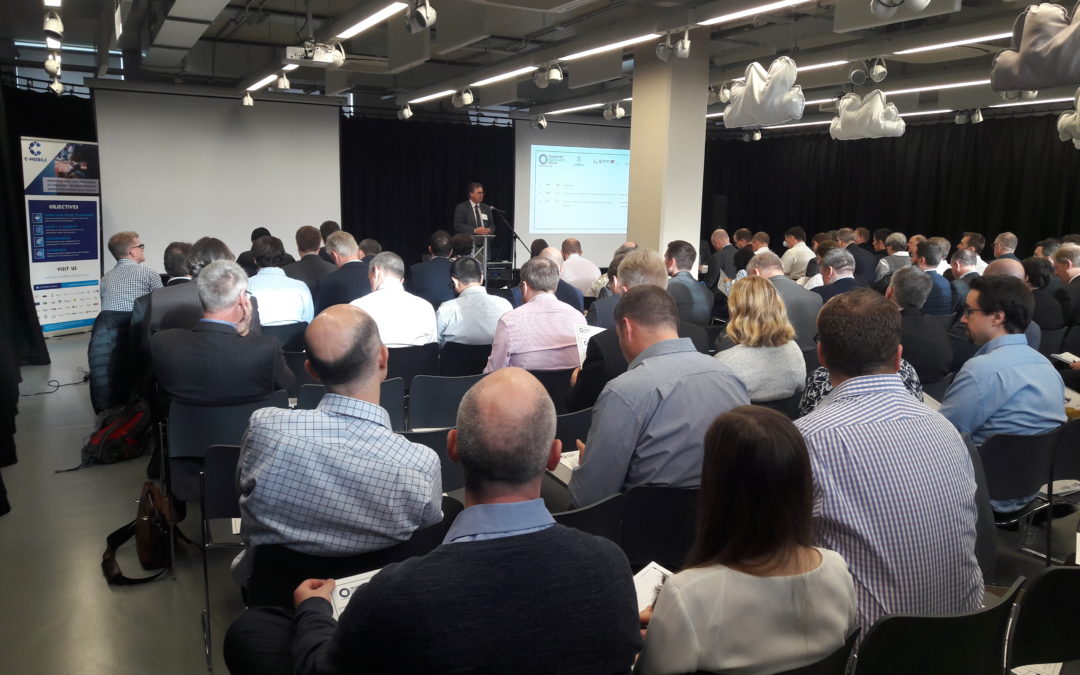 The 2018 Transport Technology Forum Conference (TTF) was held at the Core, part of the New City Campus of Newcastle University on the 16th and 17th of October and attracted over 140 delegates from across the UK and Europe to hear about the deployment of Cooperative ITS (C-ITS) in British cities. Among the delegates, around 55 came from local authorities and same number from the private sector, with the rest hailing from national government, academia and European organisations. The event was co-organised by the UK Department for Transport, (DfT) in partnership with the EU-funded projects CAPITAL and C-MobILE, with the support of University of Newcastle, the IET and ERTICO – ITS Europe.

The event kicked off on 16th October with a visit organised by Newcastle City Council to the newly opened Urban Traffic Control Room and Urban Observatory, both also located on the New City Campus development, to see preparations for commencing trials of Green Light Optimised Speed Advice (GLOSA) in the City.

On the 17th October a packed agenda included presentations on the DfT funded C-ITS Pilot Projects, a discussion on the future direction of the TTF, live demonstrations of the new CAPITAL EU-wide ITS learning platform, and the C-MobILE C-ITS City Pool. A morning Poster Session featuring each of the 26 British local authorities delivering C-ITS projects funded by DfT allowed information sharing and networking, and demonstrated the breadth of activity currently underway in the UK in this area.

The CAPITAL session also provided an opportunity for delegates to try out the GDPR module of the recently launched e-learning platform as part of an interactive session and quiz. The C-MobILE City Pool consultation helped understand the views of key stakeholders on strategic urban mobility challenges, and whether and how C-ITS services can be applied to address such challenges. The day ended with a series of ‘Hot Topic’ presentations covering issues of interest to all, including GDPR and cyber security. One of the main outcomes of the event was the workshop session discussion on the Action Plan for the soon to be relaunched Transport Technology Forum.

The event provided a successful platform to encourage active conversations and collaborative working between local authorities and those that are able to assist with the adoption of new technologies – a key objective of both the Transport Technology Forum and the C-ITS City Pool.