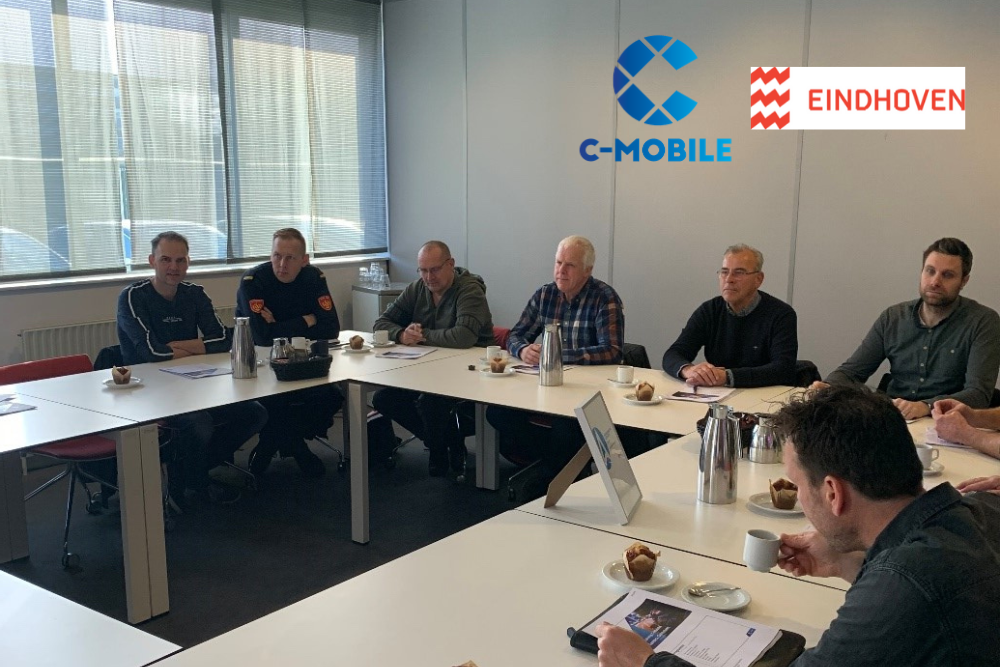 The European Project C-MobILE continued its series of trainings in the Nord Braband region, in the Netherlands. Members of the Dutch pilot site gave a face-to-face training session on 4 February 2019, focussing on the tests deployed in Helmond.

The emphasis of C-MobILE’s face-to-face training was all on the deployment of the project’s technology in Helmond’s urban environment.

“It is very important to provide trainings and have face-to-face meetings with end-users of these technologies”, said Ms. Goldsteen. “C-ITS has incredible benefits on transport, such as reducing congestion, enhancing safety for users and much more. Helmond has deployed four of C-MobILE’s services, so it’s interesting to receive feedback from the attendees of the training”, she added.

The second technology presented was the Signal violation warning, which can reduce the number and severity of collisions at signalised intersections. This service can be used by 100 heavy duty trucks, equipped with On Board Units for ITS G5 and cellular and Public (4G, G5). According to this service, there are two possible scenarios. In the first one, visual and/or sound alerts are sent to the driver in a dangerous situation, as he/she is about to cross a red light. In the second scenario, the warning is sent to the public when a vehicle is going to make a red-light violation, and the information can be delivered via a smartphone app or on-board unit.

Green Priority was the third aspect presented. The objective of the service is improving throughput, saving fuel and lowering emissions. The service provides two scenarios, starting with giving absolute priority to emergency vehicles (with light bar activated) thanks to a request that will be activated automatically at crossings, immediately providing the green light (taking into account minimal green times and evacuation time). In the second scenario, dedicated vehicles (trucks), equipped with this service and having ‘light’ / ‘selective’ priority, are given a limited form of priority at signalised intersections, when there are no emergency vehicles with light bar activated or other trucks are in the vicinity. In other circumstances, either the green light is extended or the red light is shortened (when possible) for these vehicles.

The final service presented was GLOSA. The objective of GLOSA is to provide drivers with comfort and safety while reducing stop times, the number of stops and unnecessary acceleration in urban traffic situations, consequently saving fuel and reducing emissions. The service suggests the optimal speed for passing the next traffic light on green or informing the driver about a red-light phase and time to green, with the information being delivered via a smartphone app or on-board unit. The GLOSA service can be provided either via IEEE802.11p or 4G, while the time to green (TTG) and remaining green time (RGT) are packed into SPAT messages.

What makes C-MobILE an interesting project is the fact that the ultimate goal is to deploy all the technologies of the eight pilot sites across Europe, in an interoperable way. “I am looking forward to the day when we will be able to see the technologies tested in Helmond deployed in Europe. Until then, our pilot site will continue to work and improve these C-ITS services”, concluded Ms. Goldsteen.