The province of North-Brabant is located in the southeast of The Netherlands, on just over 5.000 km2 with 2,5 million inhabitants. Central motorways for transport from the harbour of Rotterdam, leading to (south and east) Germany, are running through North-Brabant. These motorways are also crowded with commuting traffic between the larger cities of Tilburg, Eindhoven, and Venlo as well as between the south of the Netherlands and the more densely populated western part of the Netherlands. Cycling is also a popular way of commuting in the Netherlands, especially within the cities. Due to the traffic being mixed in the cities, cyclists and pedestrians are at risk of being hit by a vehicle, despite all the infrastructure in place. The motorways as well as the large cities in North-Brabant, like Helmond, Eindhoven and Tilburg, suffer from traffic jams and congestions, causing economic challenges as well as citizens suffering from polluted air. North-Brabant considers C-ITS solutions an opportunity to alleviate these problems, and therefore built several pilot sites where C-ITS services (aimed at increasing safety, mitigating congestion, and/or reducing environmental issues) are being currently tested and deployed. 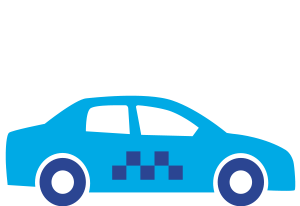